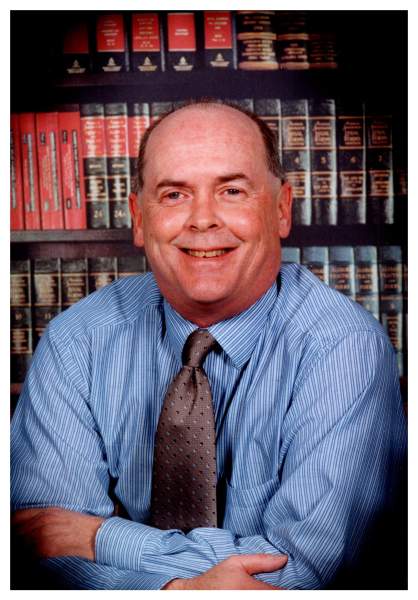 Patrick born in Wichita Kansas to Wesley Keating and Phyllis (Mowery) Keating was the oldest of their three children. Patrick’s life from the beginning was one great adventure and it continued to his passing in Flora Vista New Mexico.

Patrick’s early life in Wichita was filled with fun antics with friends and family. That spirit carried on when the family moved to Denver, Co and beyond. Patrick graduated from Bear Creek High School in 1970. He attended the University of Colorado and graduated from Fort Lewis College with a BS in Business. At CU he met his lifelong friend Mark Pearl. Patrick always young at heart.  His ornery side always evoked a laugh and sometimes a wagging (but loving) finger from his mom.

Patrick and his Team won the Boulder Cup twice at the Annual Kinetic Race in Boulder (human powered crafts racing across the lake). One craft was the “SS Naughtilust” and the second was “Jesus Feat”. The creativity of these crafts is represented by both larger than life anatomy designs. The first engineered gigantic bare breasted boobs, the second included a Jesus walking on enormous floating feet across the lake.

Pat was intelligent. He loved cooking, eating, a fine scotch (neat). He would love quiet times of music and New Mexico twilight into sunset. He enjoyed his feral cats & hummers. He never retreated in his political opinion. He will be disappointed that he will not cast a reelection vote for Trump.

Patrick began his career in sales by selling Kirby vacuums throughout the Four Corners. He started his own bakery in Durango, “Patrick’s Hot Buns.” He was an original Brew Meister at Carters Brewery in Durango. While in Durango he also drove a school bus. He enjoyed being part of the lives of so many children as they grew up on his school bus route. Other jobs included being a miner and a stockbroker. In other words, his life was full as he enjoyed every moment.

His longest career move was when he joined The Walker Agency in Farmington. There he focused on his clients and their commercial insurance needs.

He enjoyed working at Photosynthesis with Tom Weaver. There his passion for photography was fulfilled by taking student photos for many years at most of the area schools. He brought the best out of nervous students, who may not have been comfortable posing for a school or prom photo.

After the death of his father, his mother, Phyllis, came to live with Patrick for 18 years till her passing in 2018. The two enjoyed listening to Rush Limbaugh, watching Fox News, Rockies Baseball, golf, and of course the Denver Broncos (sometimes yelling “IN-COM-PLETE” at the TV along with the stadium full of Bronco fans). Patrick, a wonderful caretaker, did all that he could to give his mother comfort and love.

Patrick’s other love was flying. It was a lifelong dream he made real over this last year as he became a pilot. His instructor, mentor, and friend was Russell Gervase. Patrick lovingly helped Russell christen Russell’s plane the “Phlyin’ Phyllis”. This was to honor Patrick’s mom. Each time he flew he did so in Phyllis. His last flight in June was difficult but left him with a joyous high. He and Russell flew over Angel Peak. Then he flew over his own home in Flora Vista. There he gave a wing waggle to his sister Shannon and her wife Pat, as they waved in the driveway.

Patrick enjoyed a good firework show…especially when he was the chief pyro-technician planning and executing the bombs bursting in air. This past 4th of July Pat set off one of his best shows ever. Last Sunday, Patrick took an outing to scout available inventory and create his show list. The show will go on as a final salute to Patrick. It is scheduled for dusk on Monday, August 31st behind Burnham Brothers Fireworks in Kirtland.

Patrick loved the richness of the New Mexico sky, whether blue or dark at night. Often you might find Patrick enjoying Jupiter rising with his naked eye sitting on his porch. Or, at 3 am crouched in his yard telescope trained on the rings of Saturn. Patrick always knew what was happening in the sky and happily shared his knowledge of astronomy.

Patrick and his family extend their deepest gratitude to the loving care given them by the staff of Guardian Angels.

Lastly, although Patrick claimed to be an “introverted, OCD, wanna be hermit.” He actually loved being center stage. The dapper Patrick, who never fully shed being Peter Pan, enjoyed telling a story or being an actor.

One of his memorable roles was Grandpa Vanderhof in, “You Can’t Take It with You”. Patrick lived and loved a full life, sometimes fighting for it. But always knowing, especially the last 5 years, life must be lived. Because, you can’t take it with you.

In lieu of flowers the family has requested that donations be made in Patrick's name to either sanjuananimalleague.org or to AOPA.org/foundation/donation/oneclickmemorial

To order memorial trees or send flowers to the family in memory of Patrick Keating, please visit our flower store.