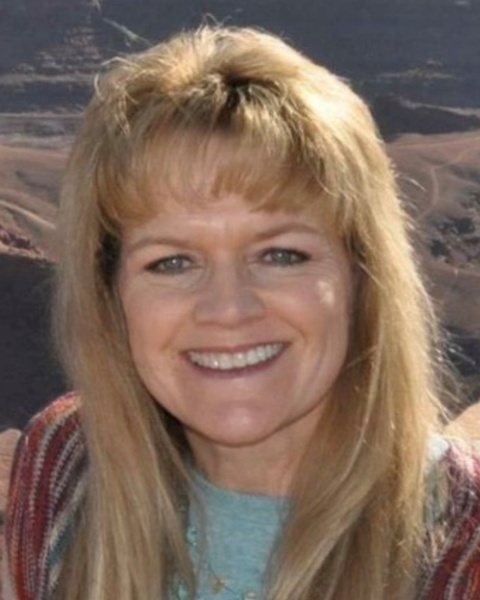 PeggySue Bradley was born on March 30, 1959 in Cuba, New Mexico in a small country Doctor’s home to parents Eugene LaVon Bradley and Alice Maria Post. She was one of 5 children from that marriage, with siblings Elizabeth, Zelma, and Jimmy before her, and brother Owen born after.

She attended schools in New Mexico, developing a love of reading, animals, dancing, and photography. She made friends wherever she went. At the age of 13 her parents divorced and she began working at the local Café, helping her mother with all of the family’s finances.

She Graduated from Cuba High School in the Honor Society in 1977. After High School she had several jobs working as a “mud logger” for an Oil and Gas company in Wyoming, as a Cattle Truck driver for her Uncle Hap Post, and almost entered service in the Air Force with her best friend Kathy.

PeggySue was known for her quick wit and sense of humor, and desire to help others whenever she could. She married Donnie Sumner in 1979 and their marriage brought forth 5 children, Jason Dwayne in 1980, Travis Lee in 1981, Vanessa Leeann in 1983, Jeremy Wade in 1986, and Cody Allen in 1990. During that marriage PeggySue and Donnie lived in several places including in Lindrith and Bloomfield, New Mexico. They were active in The Church of Jesus Christ of Latter-Day Saints, and she served in many callings including Relief Society President. She especially loved working with the Youth of the Church wherever she lived, and was very faithful in paying her Tithing Donations.

PeggySue was very patriotic, loving her Country, and her favorite Holiday was Christmas, where she loved to decorate and send cards and fix big meals and give gifts. She also loved to attend Family Reunions especially with her Post family relatives. She was well known for her infectious smile and laughter, and her love of serving others. And of course, for her dancing abilities. She divorced Donnie in 1995 and continued to raise her children as a single Mom, providing for them while working as a Waitress, Photographer, and other part time jobs. PeggySue worked hard all of her life and was very thrifty. One of her favorite things was watching her kid’s involvement in Wrestling, Martial Arts, and 4H. And spending time with her young grandchildren brought her much joy.

In late 2009 she met her husband Lee Holdaway (a widower) while he was working at Los Alamos National Labs in New Mexico, and after a whirlwind courtship, they married in Bloomfield, New Mexico on February 12, 2010 and traveled to many parts of the Country together with Lee’s work as a Computer Software Consultant with Oracle. PeggySue quickly won over Lee’s 5 children from his first marriage, and his grandchildren. She was lovingly known as Nana or Grandma Peggy to many. PeggySue and Lee were sealed in the Albuquerque, New Mexico LDS Temple on May 21, 2011. During her marriage to Lee, PeggySue also served faithfully in many LDS Church callings including as an Ordinance Worker in the Provo City Center Temple beginning in 2016, near to where they lived in Springville, Utah since 2011.

She also learned and enjoyed participating in events for many years with Amway, doTerra, and 3keyelements along with BYU education week and was always in a lifelong pursuit of knowledge.

While living in Utah, PeggySue became involved with a group of Holistic Health Educators and became very knowledgeable in many medical and health related subjects. She lived a very healthy life. However, in the Spring of 2021, PeggySue was diagnosed with a rare and aggressive form of Breast Cancer, for which she was treated in many ways, including surgery, and later, Chemo and Radiation, since the Cancer continued to spread to her Lungs, then Brain, and Heart. Lee was her primary care giver beginning in late April 2022 and PeggySue fought hard to beat her Cancers, becoming friends to many fine Doctors and Nurses in both Southern California and in Utah.

PeggySue passed away peacefully from this mortal existence at the Mountain View Hospital in Payson, Utah surrounded by close family on September 21, 2022. She is at peace, and is likely surrounded by many of her family who passed on before her, including her parents, and her siblings except for her younger brother Owen. She will be buried in the small Ojito Cemetery near Lindrith, New Mexico along side her parents and many of her ancestors on October 1, 2022, after Funeral Services in Springville, Utah on September 24 and in Bloomfield, New Mexico on September 30.

PeggySue is survived by her husband Lee, her brother Owen, her 5 children (Jason, Travis, Vanessa, Jeremy, and Cody), Lee’s 5 children (Jordan, Jeremiah, Tayleen, Kaleesha, and Joshua) who she loved like her own, and their 28 grandchildren whom she loved and adored.


To leave condolences and memories of PeggySue, visit www.springcreekmortuary.com
To order memorial trees or send flowers to the family in memory of PeggySue Holdaway, please visit our flower store.