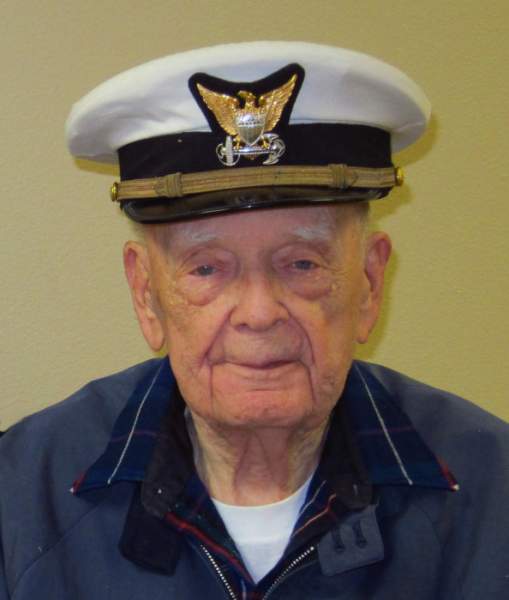 Ralph attained both the rank of Quartermaster in the Sea Scouts, and the rank of Eagle in the Boy Scouts.  He remained actively working with the Boy Scouts through the later years of his life.  He joined the Coast Guard in 1940.  On January 29, 1941 he was a radioman on board the USCGC Alexander Hamilton (WPG-34) when she became the first United States military ship torpedoed in the Atlantic.  Twenty -nine of his shipmates were lost in the attack that resulting in her sinking.  Sometime after Ralph's lifeboat capsized in frigid water, he was rescued by local Icelandic fishermen but was reported to his parents as missing in action.  After a time of recovery, he was back on duty in the Coast Guard and finished out the war.  Later, Ralph served again in the Coast Guard during the Korean conflict with the grade of Lieutenant.

Ralph and Helen Kathleen Irwin were married on Nov 13, 1943, and had one son, Ralph Gregory Sproston (Greg).  Both Kathleen and Greg preceded him in death.  Ralph is survived by a daughter-in-law Laura Sproston Jacques and a granddaughter Katharine Louise Sproston, of Ignacio, Colorado.  He is also survived by his nephew Robert L. Sproston Jr., of Mishawaka, Indiana.  Ralph will be laid to rest in Catlettsburg, Kentucky.

To order memorial trees or send flowers to the family in memory of Ralph Sproston Jr., please visit our flower store.