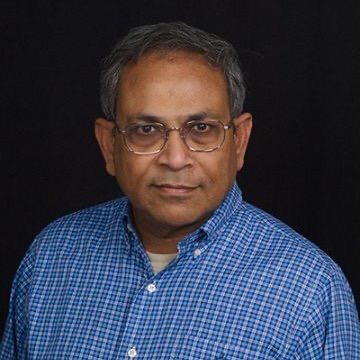 On Saturday, November 30th, 2019, Ramanathan Kulothungan Illango, beloved by many, passed away at the age of 74.

R.K. Illango was born on July 5th, 1945 in Jaffna, Sri Lanka to the late Nagalingam Ramanathan and late Parameswary Ramanathan. He received his medical degree from the University of Colombo in 1970. R.K. moved to the United States in March 1971 and completed his internship at St. Thomas Hospital in Akron, Ohio, and his residency in Internal Medicine and a Fellowship in Hematology at the University of Toledo Medical School. He also received an MBA at the University of Toledo in 1984. R.K. was the first of his family to move to the United States, and legally and financially sponsored several of his siblings and cousins when they also emigrated.

R.K. practiced medicine for over fifteen years before transitioning to the insurance industry. He was a Vice President and Medical Director at several life insurance companies, including Midland Life Insurance, North American Company for Life and Health Insurance, CIGNA Life, Life of Virginia, and SCOR Global Life US Reinsurance Co. After more than twenty years in life insurance, R.K. decided to return to the practice of medicine. In 2013, he completed a mini-residency at JPS Health Network in Fort Worth, Texas, passed a recertification examination in Internal Medicine and moved to New Mexico to provide medical care for people living near the reservation. His passion for helping people led him to open his own clinic in 2018. His last two years of life were especially fulfilling for him, for he was providing care the best way he could to patients who really needed the care, regardless of their ability to pay.

To his many family members, friends, and patients, he was a boundless source of wisdom and kindness. He was quick to answer calls and listened with care to everyone’s joys and sorrows. His compassion was without limit: if his patients were not able to pay for any medications, he would, without hesitation, pay out of pocket. He was known for taking his time with all his patients and listening to their ailments and helping as much as he could. He was not just a wonderful listener; to many he served as an unofficial psychologist. He was constantly searching for new ways to help and heal his patients, including through alternative and holistic medicines and therapies.

R.K. had a passion for photography and he particularly enjoyed developing and editing his own pictures. His love of photography led him to travel the American Southwest. He was also an avid bird watcher and combined his two favorite hobbies to create many beautiful pictures, including those displayed in his clinic.

R.K. was preceded in death by his father Ramanathan, his mother, Parmeswary and his younger brother, Mahendranathan. He is survived by his brothers, Rave Indranathan (m. Sobithamani), Dr. Narendranathan (m. Vijayarani), Gajendranathan (m. Vasugi), his sisters, Subathira (m. Murugendran), Sucila (m.Gurunathan), Suguna, and his sister-in-law Manmatha (m. to the late Mahendranathan). While having no biological children, he is also survived by his two step-children, Heath and Amber (m. Mark), his step-granddaughter, Jade, and her step-brother, Jesse. R.K. is also survived by his many nieces and nephews, Mathipooshanan (m. Sheri), Mathivathanan, Sarukesi, Thileepan, Cumaran, Hamsa (m. Alex), Nimalan, Gopinath, Janakan, Boathy (m. Sakina), and Vaamanan. He will also be greatly missed by his great nephew, Zachary, son of Mathipooshanan and Sheri.

A memorial and funeral service will be held on Thursday, December 26th at the Farmington Funeral Home, 111 W Apache St, Farmington, NM 87401. The memorial and visitation will start at 9:00 a.m. and the funeral will be held at 11:00 a.m. There will be snacks and beverages at the Farmington Civic Center, 200 W Arrington St, Farmington, NM 87401, beginning at 1:30 p.m. The family would love to meet and reminisce with R.K.’s many patients and friends. In lieu of flowers, the family requests that those who wish to contribute make donations in R.K.’s memory to the Family Crisis Center in Farmington or to the ACLU, as they are both organizations that were important to R.K.

To order memorial trees or send flowers to the family in memory of Ramanathan Illango, please visit our flower store.
Send a Sympathy Card