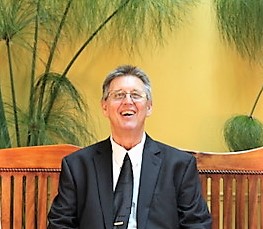 Randall C Roberts went home to be with the Lord on Monday, March 9th 2020. He was born on September 16, 1953, in Oklahoma and moved to Farmington in 1961. Randy met his wife, Sandy, in 1971 and they wed in 1972. His father, Ewel Roberts, precedes him in death. He is survived by his wife, Sandy, his son Tony Roberts and wife Kimberly; his daughter Mandy Williams and her husband Curt; his mother, Pauline Roberts; his brother, Lindy Roberts and his wife Kathy and their 3 daughters; his 5 grandchildren, Tonie Baylie and Paola Roberts, Ashleigh Petrie, Jared and Justin Williams.

Randy felt called into the ministry at a young age and graduated in 1978 with a degree in Theology from the Bapist Bible College. He began his career in ministry in Tulsa, OK, with time also spent in Odessa TX, and Albuquerque, NM. In 1988, he felt the Lord's calling to be a Missionary to Costa Rica, where he and his wife Sandy spent more than 30 years ministering.

During this time, Randy & his wife Sandy established two Baptist Churches that are now independently led by local Pastors. He reopened Seminario Bíblico Bautista in 2005, where he served as President, Professor, and received his Doctrine of Divinity. He also considered it a great honor to serve as the Senior Chaplain of the U.S. Marine Corp in Costa Rica. Along with his fellow chaplains and pastors, he came to love and care for the men and women of Costa Rica and those in the military. He was greatly loved by those who knew him as a person who loved the Lord, his family, his work, and lost souls.

Randy's great passion for technology was certainly an extension of his ministry. Countless hours were spent researching new technology, building computers, and fidgeting with all types of electronics. He shared this knowledge through his teachings, media development, and assisting friends and family with their own technology.

To order memorial trees or send flowers to the family in memory of Randall Roberts, please visit our flower store.
Send a Sympathy Card