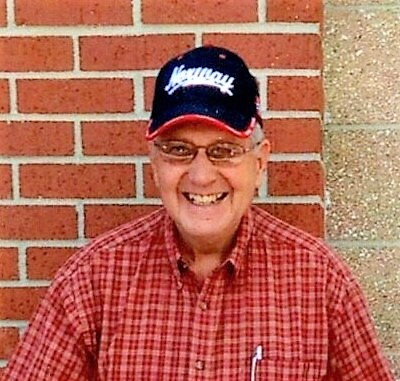 Raymond (Ray) Maddoux, 77, passed peacefully away on February 21st in his home surrounded by family. He was the husband of Ardith (Ardy) Maddoux. They shared 50 years of marriage together.

He was born in Sayre, OK to Laura Gene and RL Maddoux. He received a degree in Animal Science from Oklahoma Panhandle State University and a degree in Vocational Agriculture from Oklahoma State University. His first teaching job was in Dulce, NM, teaching Vocational Agriculture for 10 years. He then worked for the State of New Mexico as a meat inspector and spent some time working in the oil fields of New Mexico. He then returned to teaching in Chinle, AZ, for 19 years until he retired in 2003.

Ray loved farming, gardening and wood-working. His biggest joy was sharing the things he loved doing with his grandchildren. They meant the world to him.

There will be a funeral service at 10:00am on Tuesday, February 25th at Farmington Funeral Home. Burial will take place in Littleton, CO. at 2:00 pm on Thursday, February 27th. Honorary Pallbearers will be David Garcia, Daniel Sedillo, Bob Switzer, Jack Nightingale, Charlie Tallman, Bill Hale and Mark Wall.

In lieu of flowers the family is requesting donations be made to Three Rivers Education Foundation. www.3riversed.org.

To order memorial trees or send flowers to the family in memory of Raymond Maddoux, please visit our flower store.
Send a Sympathy Card