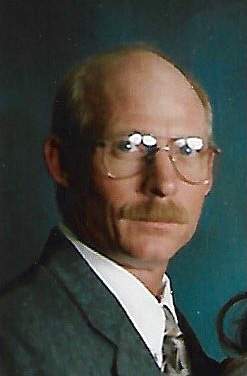 Richard Earl (Rick) Hodges of Aztec, 60, passed away from this life and into eternal life on May 10, 2021 at San Juan Regional Medical Center of natural causes. He was a devoted husband, father and served the community as a contract plumber (Hodges Plumbing) and will be missed by all. Rick was born on June 17, 1960 to Robert Earl (Bob) Hodges and Ouida Lankford Scales in Las Cruces, New Mexico. He is proceeded in death by his infant son Michael Earl Hodges and his father Bob Hodges. He is survived by his loving wife of 31 years Illa Hodges, his mother Ouida Scales and his best friend and Stepfather Cecil Scales, his children Jennifer Beauregard, Steven Hodges (Michelle), Katrina Morton (John) who really cherished her bonus Dad, twin daughters Joyce Wiley (Tyler) and Erica Adame (Andrew), his brother Russell Hodges (Jessica) and sister Martha Roberts (Clifford), as well as 15 grandchildren (Jada, Jehiah, Alexander, Jorja, Aidan, Chasity, Crystal, Destiny, Patrick, Kammie, Austin, Makayla, Stephan, Dalton, Zachary), one great-grandson (Kashton) and two nieces (Samantha, Charleigh).
Rick served in the New Mexico National Guard as a Motor Sergeant. He lived in various parts of New Mexico including Las Cruces, Magdalena, Silver City, Gallup, Farmington and Aztec. As he settled in Farmington, he started a career in contract plumbing with Howard Tycksen that provided him the knowledge to excel in his own business Hodges Plumbing in 1995. Rick humbly provided for his family and served the community for over 25 years.
Illa and Rick enjoyed bowling together at Bowlero Lanes. They often traveled together for bowling tournaments. Illa and Rick also enjoyed fishing and boating together at Navajo Lake with grandkids, family and friends. He relished teaching his grandkids how to fish. Rick was a member of the Elk's Club for over 25 years. He was a Chargers fan, enjoyed watching football and NASCAR on the weekends.
He is in the care of Farmington Funeral Home at 2111 W. Apache Street. A viewing will be held from 9 to 10 am with services at 10 to 11 am on May 17th. A reception will be held at Elk's Lodge following the service.

To order memorial trees or send flowers to the family in memory of Richard Hodges, please visit our flower store.