BROCK - ROBERTA (aka Bobbie) 82, of Farmington, NM returned peacefully to Jesus (due to heart failure) at 3:28pm on Friday, December 24, 2021 in the presence of her beloved husband of 60 years, Charles, and their three daughters: DeDee, Esther and Teresa.

Bobbie was born in Dixon, New Mexico on August 28, 1939, the third child to Mirl D and Robbie South. Bobbie, raised in Las Alamos, NM with her two siblings, sister, Hattie Mae, and brother, JD. Bobbie would graduate from High School in Boulder Colorado in 1957.

Following graduation, Bobbie returned to Los Alamos where she worked as a CNA at the Los Alamos Hospital. This was a job she wanted to make a career of, but that decision was predestined for her when she traveled to Gallup in the summer of 1961 to visit her aunt and uncle and she met a young, good-looking Youth Pastor at First Assembly of God Church and fell in love with him at first site. Bobbie South would marry Charles Brock in a Christmas wedding on December 29, 1961.

Bobbie and Charles would eventually make a home for their family on Butler Avenue - the same home they have today - in Farmington. It was in this home that Bobbie would raise their four biological children - Darryl, DeDee, Elbert and Esther - and in 1982 adopt their children Teresa and Emerson. This home would also be a loving home to 12 other foster children in San Juan County during the 1970s. This home would also be home to many friends of the Brock kids who enjoyed stories of Jesus, birthday sleepovers, dance parties and celebrations of all kinds as well as a weekly, Thursday Family Enchilada Night where Bobbie made her infamous stacked enchiladas with a fried egg.

This home would be where Bobbie would recover from a serious car accident in 1969 that left her handicapped and required many years of hospital stays and secondary surgeries. This home is also where healing happened, and prayers were still made daily at the dining room table by Charles and Bobbie. Every morning, with Bibles opened, Bobbie and Charles would start their days in prayer for each one of their children, grandchildren, great-grandchildren, mothers, sisters, brothers, nieces, nephews, cousins and friends. To say these were long prayers would be an understatement, but you knew that when Bobbie and Charles walked away from that table, you had been prayed for.

Bobbie left a legacy of ministry and her last prayer was always that all her children and grandchildren would be in church every Sunday and know the importance of having a personal relationship with God.

Some of the ministries Bobbie had were leading Missionettes, Childrens Church, Womens Ministries, and Adult Bible Studies. Bobbie was also the kindergarten teacher at Trinity Christian Academy in the 80s. It was in these ministries that many children came to know Bobbie affectionately as "Aunt Bobbie."

Bobbie enjoyed parties and would start months in advance planning or throwing hints to her daughters about an upcoming special date. Bobbie's favorite holiday was Christmas and so its with great joy that her family celebrates that this year - 2021 - she was with Jesus to celebrate His birthday and that she was singing with the same Angels who sang the announcement of His birth.

Bobbie loved music - from the Classic Gospels to the Classic Fifties. Bobbie instilled this love of music and the Arts in her children. She loved to hear her beloved Charles sing and lead Worship at church. Sunday mornings, she blasted the home with Bill and Gloria Gaither and during Christmas all the Traditional Classic Christmas Songs. Bobbie also gave her love of Classic movies to her daughters and Granddaughters like "Tammy and the Bachelor Series" "Pillow Talk" "Pollyanna" "Parent Trap" and the like. Charles would lovingly watch these timeless classics with Bobbie for the trade of a Dallas Cowboy Football Game or a LA Dodger Baseball Game when permitted.

Bobbie spent many years as the AABC Homerunners Club President when Darryl and Elbert were involved in Farmington Baseball. Bobbie was the PTA President at McKinley Elementary School where Darryl, DeDee and Elbert attended in the 70s. Bobbie was the Presiding Election Judge for the San Juan County Elections for many years and enjoyed her community service in the Political arena and served it honorably, with Integrity.

Prior to her accident in 1969, Bobbie worked at San Juan Credit Union which was located at the corner of Apache and Orchard in Farmington. In the 1980's, Bobbie had the largest Mobile Paper Route in Farmington for the Daily Times when it was owned by the O'Brien Family. Bobbie and Charles also volunteered in the 80s for The Salvation Army alongside their friends, Daniel and Linda Matta. Most of Bobbie's life was dedicated to Volunteering for the Assemblies of God Church and instilling in her children the importance of loving and serving a God who loves each of us so much and wants a relationship with us. That would be her final prayer for you, too.

Bobbie absolutely loved to travel and was devastated when her health no longer allowed her to take car rides to see the Colorado colors or to North Dakota to visit her son, Darryl, and his family; to Minnesota to visit her grandchildren Gavin and Elise and her great-grandsons, Jack, George and William; or to a Family memorial as close as Los Lunas. Family and spending time together, was of the utmost importance to Bobbie. Bobbie's favorite vacations were to Cancun with her daughter Esther and son-in-law, Randy.

Bobbie was predeceased by: Three babies lost in childbirth; her parents, Mirl D and Robert Pauline South; A sister in infant birth; her sister, Hattie Mae South and her brother, JD South;

Bobbie is survived by her beloved husband and best friend of sixty years, Charles;

To plant memorial trees or send flowers to the family in memory of Roberta Brock, please visit our flower store.

Your condolence is awaiting moderation. Once approved it'll appear in the guestbook.

I'm so very sorry to hear of this fabulous woman's passing. I will forever remember warmth and humor. I enjoyed every day I was blessed to spend with her.

What a beautifly life devoted to God,family and friends. We met these wonderful folks at church and they immediately welcomed us and we felt like family, lunch after church at Applebees and supper & pie at Village Inn on Wednesday. She was always at the front door greeting everyone. Bobbie always went out of her way to show her love, a true inspiration, and Testament of Gods love .We love you Charles. Keeping you and the family in our prayers.

What a beautiful life, and now she is in heaven for eternity with her Lord and Savior.
We first met Bobbie and Charles when we lived at Largo and they were at Lindrith. We went to the same small church at Largo. Jack and Charles worked together for El Paso Gas Co. Bobbie was a sweet lady, a good Christian and a strong woman. I admired her very much.just reading the obituary of her life is inspiring.
Bobbie will be missed by many but she leaves behind many memories to cherish.
God bless and comfort Charles and all the family and friends during this sad time. Jack and Beverly Evans 🕊

What a blessing this testimony was for us to read. Thank you for sharing it so beautifully. We will keep you in our prayers as you remember and celebrate her well lived life. Praise God for the comfort His salvation gives us!

Blessed assurance, Jesus is mine... Glory, glory, glory! She is in heaven praising our Savior! What an amazing testimony. Praying for comfort for all the family. May He give you peace that surpasses all understanding.

A photo was added for Roberta Alverne Brock 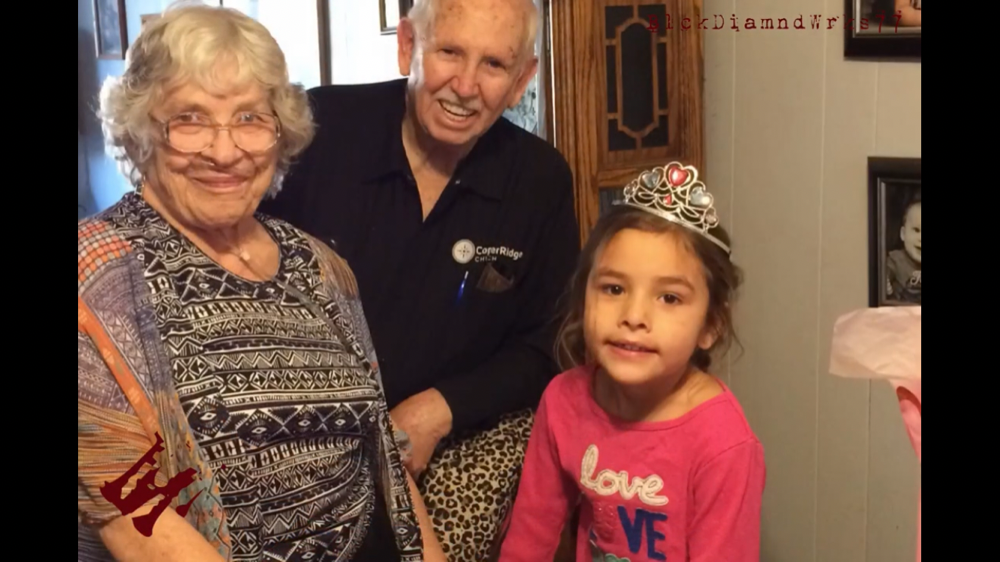 A candle was lit in memory of Roberta Brock

What a beautiful testimony to a life will lived!