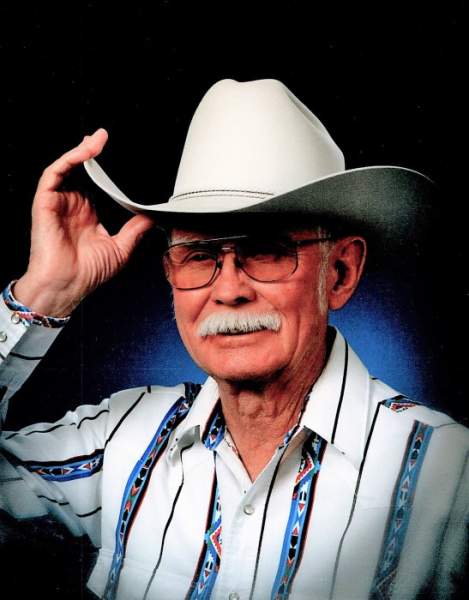 Sylvester (Syl) Beasley, 91, was called home by his Lord and Savior in heaven as he passed from his earthly home in Farmington, NM on Monday, March 2nd. He was born May 28th, 1928 in La Lande, NM to Virginia Irene Harper & Roy Beasley.  Syl was taken at an early age by his father & raised by his paternal grandparents.  He was always thankful to them for his great upbringing and the morals & values that they instilled in him.

Syl lied about his age and joined the Navy at age 17 so that he could follow his fellow Americans into World War II.  He served on Okinawa as the war came to an end and spent many months doing clean up after the war ended.  Syl had great pride in his country and the patriotism he learned while serving in the Armed Forces never left him.

After returning from the war, Syl spent a year “knocking around” and drinking before he decided that wasn’t the life he wanted for himself.  He settled in Texas for a few years cowboying on a ranch.  During this time, Syl married Bettie Ruth Weaver on June 2nd, 1950.  They were happily married for 43 years and had three children together: Kathleen, Kenneth, & James.  Their children were the highlight of their lives and the thing Syl was most proud of in his life.  The couple moved to Los Angeles in 1952 and Syl worked for ATM making airplane parts for the Korean War.  They then moved to Cortez, CO in 1960 where Syl worked for Nelson Construction as an operator on the rubber roller road crew creating highways through NM & CO.  In 1963, the couple settled in Farmington, NM and Syl went to work for the City of Farmington beginning as a meter reader and working his way through the ranks to the City Power Plant where he spent his days buying and selling power through the Electric Bureau.  He retired in 1988 from the City after 24 years of service.  Tragically, Syl’s wife Bettie succumbed to illness in 1993.

Syl married Margaret Hicks in 1994 and they spent their marriage enjoying retirement and traveling the United States in an RV.  They especially enjoyed traveling with the Good Sam RV group, visiting National Parks, going to country music venues and going to all of the chuckwagons in the US.  Syl was especially fond of the Bar-D Chuckwagon in Durango, CO and prided the fact that he went to listen to them sing each year since 1969, beginning on the second night they were open for business. He also had a strong appreciation for old country music and any type of cowboy western movies.

Syl was also a very gifted self-taught artist with a strong love of the great state of NM.  His paintings showcased beautiful landscapes, NM heritage, and cowboy art that was done with great talent and pride.

Syl was loved dearly by all who knew him and he will be greatly missed. Services will be held on Tuesday March 10th @ 10am at First Baptist Church in Bloomfield.

To order memorial trees or send flowers to the family in memory of Sylvester Beasley, please visit our flower store.