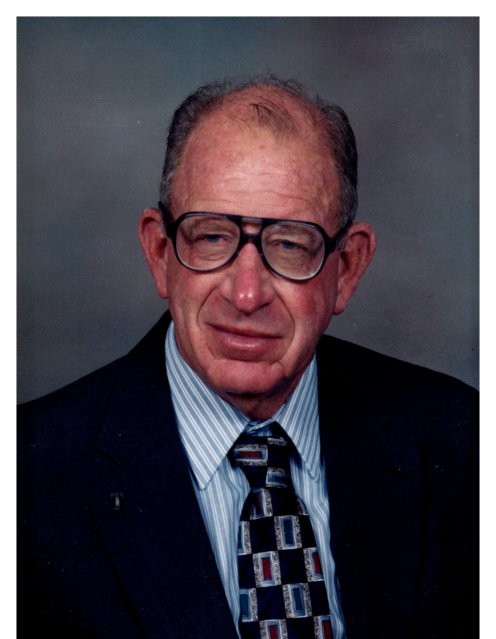 Teddy Andrew Swearingen, 85 of Farmington, passed away on August 17, 2019. He ws born October 27, 1934 in Cheyene, Wyoming to Albert and Elizabeth Swearingen.

He attended schools in Cheyenne and served an apprenticeship with the Union Pacific Railroad, becoming a journeyman electrician. He retired from the Union Pacific in 1996 with 43 years service in Wyoming and the western states. He ended his career as supervisor of the Los Angeles Diesel Shop. Railroading always was his avid interest. After moving to Farmington he was among the men who restored the 1880's steam locomotive 315, owned by the Durango Historical Society in Durango. He also was a resource person for the restoration of the Union Pacific steam locomotive 4014 "Big Boy" in Cheyenne, sharing knowledge accured from working on that locomotive when he was younger. In 1962 he was married to Jessie A. Harris, a marriage that lasted 57 years.

He is survived by his loving wife, Jessie, two sons, Scott Swearingen of Bayfield, CO and James (Jim) and Denise Swearingen of Johnstown, CO, and his daughter, Wanda and Steve Frost of Broomfield, CO.

He was preceded in death by one brother and two sisters.

He served 13 years in the US Army Reserves and Air National Guard in Wyoming and Montana. Ted was a member of Bethany Christian Church. He sang both in the church choir and with the Golden Tones, who sing in nursing homes and assited living. He volunteered with NWNM Hospice, and on the children's trains of the Durango-Silverton Railroad, including the Thomas Train. He was also a member of the Large Scalers railroad group in Durango and the Durango Historical Society. The family has many cherished memories of camping, traveling and fishing. He was always ready for a skip-bo or canasta game. His favorite spot in the universe was the Jackson Hole area of Wyoming and Idaho where he knew all the good fishing spots.

A memorial service will be held September 7, 2019 at 11:00 am at Bethany Christian Church.

The family extends their heartfelt thanks to Dr. Burns, Dr. Gabaldon, Leslie, CHF clinic nurse, the staff of San Juan Regional Wound Treatment Center, and all the staff at LIfeCare for their tender loving care through his long illness.

To order memorial trees or send flowers to the family in memory of Teddy Swearingen, please visit our flower store.
Send a Sympathy Card