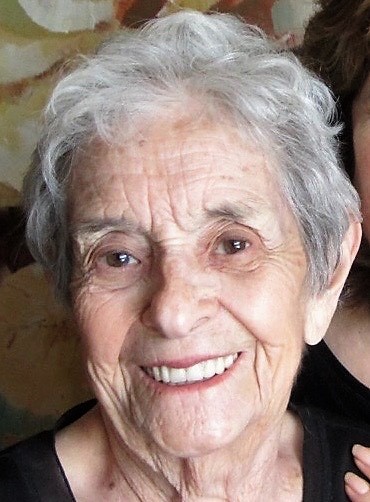 Teresa Easterling was born May 22, 1920 and went to her heavenly home on March 29, 2020.  This was two months short of her 100th birthday. Having lived a long and robust life here in the Four Corners; she was ready and prepared to meet her Lord and master.

Teresa who was christened Teresina Isabel Chavez was born in La Plata, New Mexico. She graduated high school in Durango, Colorado, married during World War II in Oakland, California.  After the war, our parents, Ubaldo J Lobato and our mother, Teresa, settled in Turley, New Mexico to raise their family.

Teresa  is survived by five living children and their spouses: Marquita Vazquez of Bloomfield, New Mexico; Patricia and Pat Velarde of Farmington N. Mex., Monica and Steve Sorrels of Bloomfield N. Mex., Emily and Steve Arbuckle of Indio California; and Abel and Nita Lobato of Aledo, Texas.  She is also survived by thirteen grandchildren and twenty great-grandchildren and her only nephew and his wife, Henry and Betty Chavez of Farmington, New Mexico.

She was preceded in death by her father Lazaro Chavez who died when Teresa was only two. Her mother Prescillian Garcia, her step father Evaristo Garcia, her sister Marcella Chavez, her brother Lazaro Chavez, adopted sister Agapita Valencia and adopted brother Horacio Florez, and our departed Father, U J. Lobato.   She was also preceded in death by her late husband, Fred Easterling and a great grandson Terry Martin.

The family wants to thank our mother’s many care-givers.  The Bee Hive and staff, the ministers from St. Mary’s Catholic Church, home helpers, and family and friends who made time out of their busy lives to cheer, pray, and console our mother.

Due to the Corona Virus a memorial service and gathering will be planned on a future date by Farmington Funeral Homes, 2111 W. Apache St. Farmington, New Mexico.  Check for updates at Funeral Homes obituary web site: farmingtonfuneral.com.

To order memorial trees or send flowers to the family in memory of Teresina Easterling, please visit our flower store.