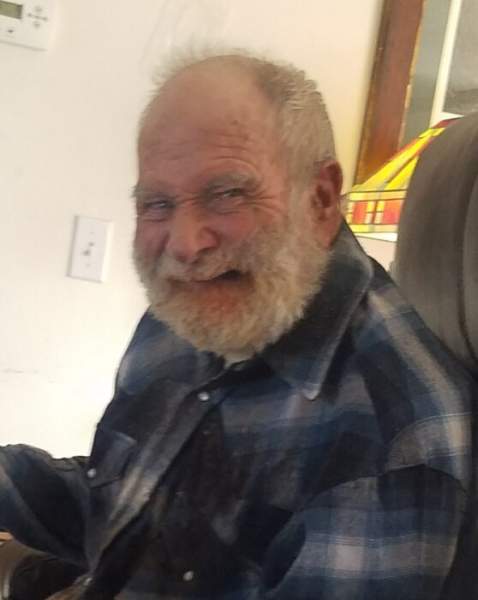 
Thad was born December 16, 1941 in Weed, New Mexico from parents Leverett "Glenn" Gathings and Deltie Colton Gathings.
Thad was preceded unto the lord by his parents, Glenn and Deltie, two older brothers Alvin Glenn and Justin Lee, as well as his older sister Leatrice Adelia. Thad was diagnosed with Polio at an early age and only attended 2+ years of schooling. Thad spent his early years learning how to adjust to a Polio afflicted body by helping his dad work around the ranch building fence and caring for livestock and his passion for Bantam Chickens.
Later his family relocated outside of Aztec, New Mexico where he was seen riding his beloved horse Cookie all over town and spending countless hours at the Aztec sale barn. Everyone knew Thad and would shout out hellos to him all over town. Thad could be found every weekend at the Aztec theater watching western movies.
After his parents retired from the upholstery business, they moved to a farm in Los Palomas canyon outside of Truth or Consequences, New Mexico. Thad rode Cookie all over the country and spent what money he earned buying and selling Bantam Chickens, horses, and sheep.
After a few years Thad and his parents relocated to Lemitar, New Mexico where he spent most of his time working at the sale barn, buying Bantam Chickens, sheep, and goats, and reselling them to make spending money. Thad lost his beloved horse Cookie and never road another horse after that.
As his parents got older, they moved closer to their kids in Bloomfield, New Mexico eventually settling down on East Hammond where he put many miles on multiple ATV's visiting neighbors, wandering in the hills, and watching wildlife. As his body started showing the wear of almost 80 years of struggling, he would ride his four-wheeler to the bottom land and set for hours waiting for Deer, Elk, Turkeys, and Coyotes to walk by.
Thad will be remembered for his quick smile, positive attitude, and love to tease.
Thad is survived by numerous Nieces, Nephews, and Cousins distributed throughout New Mexico, Colorado and Texas.

To order memorial trees or send flowers to the family in memory of Thad Gathings, please visit our flower store.