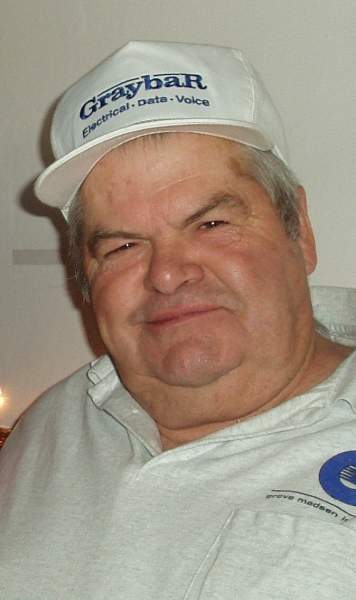 Thomas E. Ashley, 78, of Farmington, passed away on March 9th. He was born on September 26, 1941 in Farmington to William and Alletta Ashley.
We lost one great man! Our fishing buddy has gone to a big lake in the sky. Tom had a great life, starting his career in the electrical field along side his dad when he was 16 years old. He married the love of his life, Susan in 1966, they were blessed with two children. He also took in two step-daughters and raised them as his own. He loved them all with his whole heart. Tom had to leave Farmington to follow his work but eventually retired in 2004 back in Farmington.
Tom is survived by his wife Susan, daughter Crissy of Farmington, son Lonnie Ashley of Dallas, TX, step-daughters Melodi Polach of Farmington, Terri (Mitch) Thomas of Farmington, his mother Aletta Ashley of Lake Havasu City, AZ, sister Carolyn (Gary) Foutz of Lake Havasu City, AZ. Grandchildren, Nina Montano, Aaron Montano, Karisa Polach, Kathryn Polach, Kelsey Polach, Emily Andrew, Shaundra Ashley, 12 great-grandchildren and numerous nieces and nephews.
Tom was preceded in death by his dad, William E. Ashley, grandson Robert Thomas, great grand daughter Taylor Reigh Polach.
A special thank you from the family to Cliff Ollom for being there for us to get dad to all his doctors and hospital visits.

To order memorial trees or send flowers to the family in memory of Thomas Ashley, please visit our flower store.