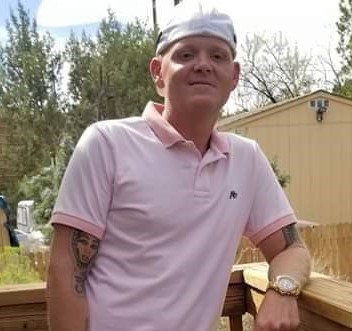 Travis Ray Twilley, 43 of Farmington, passed away on Thursday, November 14, 2019. He was born June 11, 1976 in Houston, TX to William and Connie Twilley.
In May of 1977 we moved to Smackover, Arkansas. Travis completed Elementary, middle school and graduated in 1994 from Smackover High School. We moved in August of 1994 to Farmington, NM. He enjoyed baseball, football, basketball and playing drums in the SHS Band. He also enjoyed white tail deer hunting and bass fishing in Arkansas and trout fishing in New Mexico.
Travis was preceded in death by his grandparents Christopher and Jackie Twilley and Pete and Barbara Fuller.
He is survived by his parents William and Connie Twilley; sister Tina Twilley; nephew Kaleb Twilley (Ashley); niece Reese Tillman; great-nephew Drake Twilley and Great Niece Serenity Twilley.
There will be a memorial service for Travis on Tuesday, November 19, 2019 at 1:00pm at Farmington Funeral Home in Farmington with Elder Jerry Lacey officiating.

To order memorial trees or send flowers to the family in memory of Travis Twilley, please visit our flower store.
Send a Sympathy Card