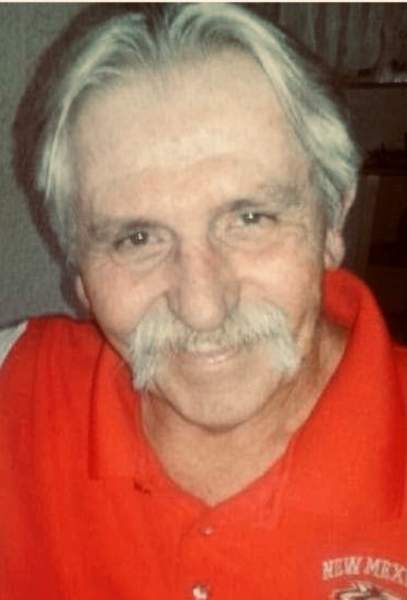 Wallace "Rick" A. Slade, 68, of Kirtland, went home to his Heavenly Father on February 24, 2021. He passed away peacefully at SJRMC, with his wife Cindy by his side. He was born on May 5, 1952, in Farmington, NM to Eleanore Foutz and William "Bill" A. Slade. He was the fourth of five children.

Rick was raised in Kirtland, NM and then moved St. George, Utah where he played football for Dixie High School, graduating there in 1971. After high school he served in the U.S. Army for 2 years.

Rick was preceded in death by his parents Bill and Eleanore Slade (Ashcroft), and his older sister, Jana Deen Ott. He is survived by his loving wife, Cindy; daughters Natasha (Isaac) Soria, Rikki (Jeff) Phillips, Bekka Benton, son Chisum Wilcoxson, step-son Stephen aka BIRD (Tristen) Abbott; his brother Darwin (Patty) Slade, and sisters, Debrah Fox and Verona Slade. He was a grandfather to many. He is also survived by numerous aunts, uncles, nieces, nephews and cousins. He is well remembered by his best buddies, Dennis Foutz, Gary Levitt, and Joe Dog (the stories they could probably tell).

Rick loved visiting with family and friends and could always spin a good story. He remembered things from way back when and could always get a good laugh. His siblings always counted on him to remember all the dates of birthdays, anniversaries, or deaths. He had a good heart and was a compassionate man, but also could be very stubborn. If he liked you, you were a "Cat Daddy" in his book. Rick lived for his Sports and teams "the New Mexico Lobos", "Da Bears" and the "Kansas City Chiefs", in the Nation. That is how he got Bird's approval and love, but Bird would say it was his knowledge on the Pacers and Reggie Miller and his 6 points in 8 seconds... Amazing, he saw talent and could spot it before anyone else. He was a sports fanatic to the core. His basketball and football knowledge were on a whole other LEVEL. He is and always will be a special man. He will never be forgotten.

Rick loved his family and was proud of his ancestry. He will always be remembered, HEY NOW, Ricky Green, the Fastest of them all! Now you can run!

To order memorial trees or send flowers to the family in memory of Wallace Slade, please visit our flower store.