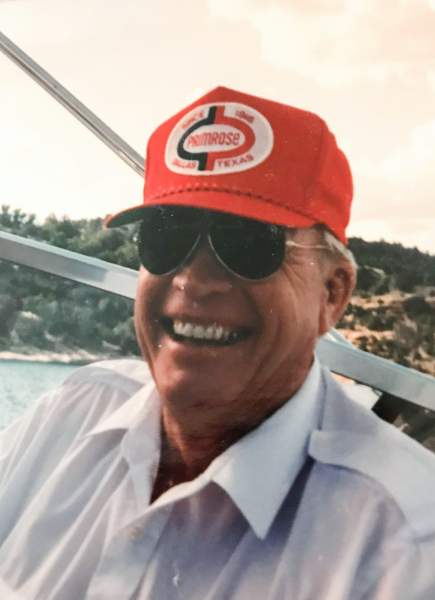 He was preceded in death by his Parents, Theodore W. and June A. (Sanders) Paulson, his Brother John Paulson, and
His Beloved Daughter Jae Rea Paulson

He is also survived by his wife's Children, Terri (Warren) Whipple, Tammi (Rusty) Simkins, both of Farmington NM,
And Devin (Sarah) Cooper of Mesa AZ.

And a very special love for all of his numerous Great Grandchildren.

He spent many years in Civic organizations doing service projects for his new adopted City of Farmington NM.
Ted loved people and enjoyed helping everyone. No one was a stranger to him.

Ted was a member of The Church of Jesus Christ of Latter Day Saints. He served in many Callings, and loved
serving his friends. He will be greatly missed by his "Buddy's" that he served with, and who served him in his
final years.

He grew up hunting, fishing, and roaming the San Juan Mountains in his beautiful home state of Colorado.
Ted lived on a ranch just outside of Del Norte CO, where he grew up working hard and enjoyed every minute
of it. His family would move into town in the winter, so he could attend school, and he could not wait to get back
to the ranch. His home was in a beautiful location, right on the Rio Grande River. His life was a boys dream.

Ted taught many young men and women to work hard, to be honest, and to have integrity. He especially loved
to snow ski, and water ski. And he loved to teach those skills to all the young people in his life. And he always taught
them to "be the best that they could be". Ted loved life.

"Goodnight my beloved, until we meet again."

To order memorial trees or send flowers to the family in memory of William Paulson, please visit our flower store.