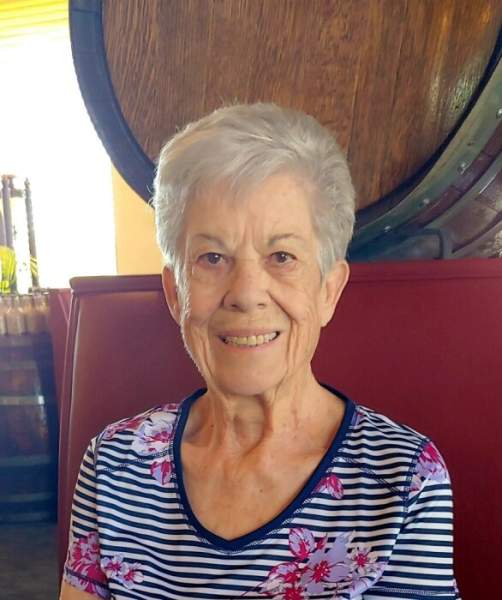 Former Salida resident Wilma Jean Szymanski passed away at a private care residence in La Plata, New Mexico on November 12, 2021. Wilma was born January 17, 1941 in Denver, CO, the oldest of two children to Robert Albert Britton and Vena Lee (Atteberry) Britton. Wilma was a 1959 graduate of Cherry Creek High School in Englewood, CO. Wilma married Freddie Lee Szymanski June 28, 1959 and they made their home on the family ranch in Parker, CO. Wilma worked alongside Freddie and his parents, Fred and Bertha, on the ranch and dairy. She took on Freddie's role when he was drafted into the U.S. Army.

Wilma was a long time Douglas County resident and active in the Franktown Women's Club, women's volleyball, fastpitch softball and began her love of bowling by participating in several leagues in Castle Rock.

In 1984 the family sold the ranch in Parker and purchased a ranch west of Poncha Springs. This area quickly became Wilma's home and she easily made many, many life long friends. Wilma loved her community and continued to bowl in many leagues, play women's rec league volleyball, was a member of the Elk's Auxiliary and was employed for a short while at Walmart. Wilma enjoyed country music, singing, traveling, and the blackjack table. Above all, her greatest love was her family. Her children, grandchildren and great grandchildren were a source of tremendous joy for her and there was nothing she would not do for them. Wilma's family was her strength after she and Freddie divorced. Difficult as it was, Wilma gained a strong independence and found a true sense of joy and self worth. It was with the unwavering support and love of her daughters, son in laws and grandchildren that Wilma knew every day just how much she was treasured .

Wilma is survived by her daughter Joyce (Donny) Garcia of Aztec, NM, daughter Misty (Nick) Swallow of Battlement Mesa, CO, grandchildren Jessica (Larry) Thompson, Lucas (Aleesha) Nesler, Hanna, Emma, and Parker Poole, Tanner Means, Mason and Carson Swallow and Cassondra (Jorge) Franco and 11 great grandchildren. Wilma is also survived by her Aunt and best friend Janet Britton of Parker, CO. Wilma was preceded in death by her parents and brother Bob. Wilma will be interred in the family plot in Elizabeth, CO. A celebration of life is being planned for the Spring and will be announced at that time.

To order memorial trees or send flowers to the family in memory of Wilma Szymanski, please visit our flower store.