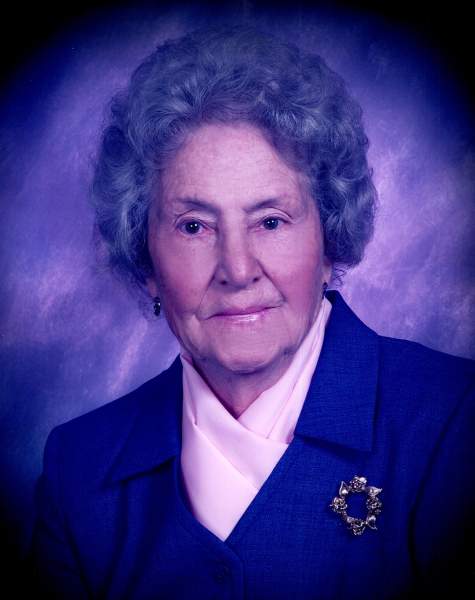 Wynee Doris Goodnight Hooker went home to her Lord and Savior Jesus Christ on October 27, 2020. Doris was born April 15, 1925, to Agnes and Isaac Thomas Goodnight in Mobeetie, Texas. She became a Christian at the age of eight and was baptized in 1933. She graduated from Mobeetie High School in 1942. In November of that year she married Raymond Lee Hooker who was in the Army at that time. After the war, Raymond and Doris lived in Mobeetie for six years. In 1951, they moved to Farmington, New Mexico. Doris joined First Baptist Church in Farmington soon after moving here. She loved the church and the many dear friends she made there. Doris and Raymond bought a home in 1954 where she lived until her passing. It is where their three children; Martha Kay, Wynee Lee and Roger Glenn all grew up. In addition to her children, Doris is survived by five grandchildren, eight great-grandchildren, son-in-law James D. Brown, daughter-in-law Connie Taulbee Hooker, and her sister Dorthy Goodnight McBroom.

Doris's care has been entrusted to Farmington Funeral Home. A graveside service will be held at Greenlawn Cemetery in Farmington. In lieu of flowers, the family suggests that a donation to benevolence fund at First Baptist Church would be a meaningful way to remember and honor Doris.

To order memorial trees or send flowers to the family in memory of Wynee Goodnight Hooker, please visit our flower store.