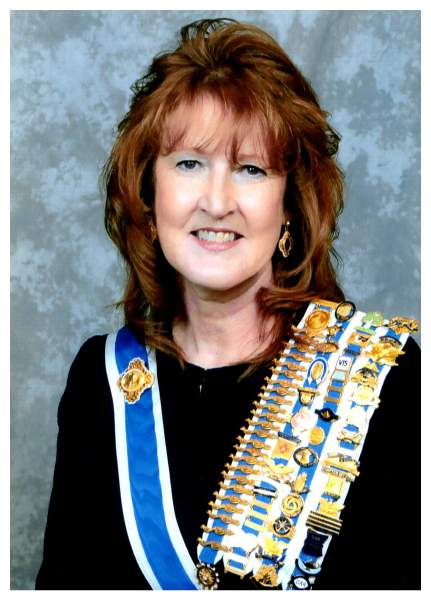 Zadeea Jean Graham Harris of Aztec, New Mexico, entered into the arms of her Lord and Savior, September 14, 2020, surrounded by her loving family, after a gallant five year battle with Lou Gehrig's disease (ALS).

Zadeea was born August 11, 1961, in Rock Springs, Wyoming, the youngest of six children, to Stanley James Graham and LaVeda May McIlvain Graham.

During her tenure as State Regent, she established a monument to the Navajo Code Talkers which was placed at the National Cemetery in Santa Fe, New Mexico. She had a wonderful regard for the Code Talkers and all the rest of the Warriors who so willingly have insured the freedom of American over the past generations and never neglected to thank a veteran for his service to our country.

Zadeea was a loving wife, mother, sister, aunt, and friend, who remembered names and made every individual feel like the most important. One brother described her as the glue that held the family together and made sure they were all present for frequent family gatherings. She will be missed by all those who knew her.

A private family memorial service will be held.

To order memorial trees or send flowers to the family in memory of Zadeea Harris, please visit our flower store.