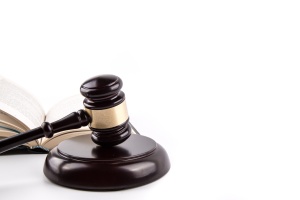 Sometime in the morning of Friday, February 19, 2021 while sleeping in his home in Farmington, New Mexico, Judge William E. Standley (83), known to many as just Bill, returned to our Lord’s kingdom in heaven to rejoin his beloved wife of 61 years, Karen Jean Standley, who preceded him in death in 2018.  Along with her, he was preceded by his mother and father, Caroline and Luther Standley, his son, Scott Harris Strandley, and a daughter-in-law, Aimee Standley.

Bill was born in Stockton, California on September 3, 1937 near the end of the great depression. While still in high school, Bill discovered and latched his intentions onto a young beautiful blonde girl who also attended Stockton High, Miss Karen Jean Hehn.  She wasn’t quite as sure about their future together as was Bill, but by the time he had beaten back all other suitors, he won her hand and they were married in June of 1957.

Upon graduation from Stockton High School Bill decided to enlist in the US military.  He traveled from Stockton to San Francisco and proudly volunteered to become a member of the US Marine Corp. Following boot camp Bill was given 2 weeks to travel to and report for duty at his first posting in Jacksonville, Florida.  With his bride and $14 they set out from California to try to get to Jacksonville.  Traveling across country and sleeping in Bills car, they eventually made it to Florida on time and Bill began his training for his first career with the U.S. Marines earning an aircraft mechanics rating. Eventually Karen had to stay behind while Bill served overseas in Japan until returning stateside and being honorably discharged into the Marine Corp Reserves. In 1962 Bill was honorably discharged from the Marine Reserves but not before the Marines transformed his life forever as it solidified his fierce work ethic and dedication to duty as well as leaving him with a master judo rating and appreciation for empowering people and getting things done.

Following the end of his military career he looked for gainful employment and found it working as a commissioned salesperson with the Sears Roebuck Company in California.  As their family started to grow Bill’s job took him and wife Karen traveling around numerous communities throughout California. By the time Bill decided that perhaps he wanted to go into law enforcement, it was too late.  Wife Karen put her foot down and suggested that perhaps he should find a position that included less danger and more stability. So dutiful Bill decided to take a small cut in pay and accept an offer in management with Sears.

Bill moved up the ranks with Sears in California and took over the top spot in stores in Oxnard and Santa Barbara. With an offer to manage an even bigger store outside the California region, Bill accepted what would turn out to be his final big move.  He had no idea where exactly they were sending him but it turned out to be to the community on which he was one day to make an indelible mark, Farmington, NM.

By the time he was ready to retire from Sears after 37 years, Bill had already served in many of the public service organizations listed.  Upon leaving Sears Bill was sought after to become advertising manager for the Farmington Daily Times as well as the general manager at Construction Supply in Farmington.  But his biggest honor and service opportunity was still in front of him.

With the urging of a Farmington community icon, Miss Betty Berry, Bill was convinced to take the plunge into the political arena and seek the position of Farmington Mayor.  His win in 1998 was followed by two more popular reelections of four-year terms and a total of 12-years tenure leading the city.  Under his leadership Bill and wife Karen established the Red Apple Transit system of Farmington, the municipal bus service.  He oversaw the expansion of the Riverwalk system and the establishment of the All-Veterans Park and was instrumental in the founding of Totah Behavioral Health services.

Bill sought to improve relations with the surrounding Navajo Nation and was able to established great relations and friendships with many of the Dine’ leaders, both governmental and traditional, and was honored to be initiated by ceremony into a traditional Gourd Dancing Society. In his role as Mayor and New Mexico Municipal League President he was invited and honored to attend the Presidential Inauguration of George W. Bush where he personally met and conversed with the U.S. President.

He presided over the construction of many quality-of-life projects for Farmington including parks, playing fields, a new public library and expansion of the riverine system. His legacy in Farmington is still felt to this day and will be for years to come.

Bill accepted what would become his final career challenge when he transitioned away from the mayor’s office and was elected to the bench of the Municipal Court of Farmington.  Upon his passing Bill was still serving as a Municipal Judge where his absence will be felt by many.

The Standley family would like to thank so many people whom have reached out and offered assistance and sympathy during this trying time. In addition, Bill would’ve liked to thank all the people from every walk of life that influenced him and allowed him to achieve more in his life than he ever could have imagined.

Due to pandemic restrictions only a small family gathering will be possible prior to his remains being cremated through Farmington Funeral Home.  A public memorial and celebration of the life of Bill Standley will be planned for a date hopefully not in the to distant future.  Please check  farmingtonfuneral.com for updated information. In lieu of flowers please make donations to the Farmington Regional Animal Shelter Foundation or the San Juan Animal League at the addresses listed below.

To send flowers to the family or plant a tree in memory of William Elmo Standley, please visit our floral store.